The Third Child of  Clinton Glenn

William Ruhlen Durrill was born in 1934 in El Paso, Texas, the third of three children born to Clinton Glenn Durrill and Myrtle Ruhlen. His father died when he was five, leaving his mother to raise her children alone during the waning years of the Great Depression. His family were cattlemen, ranching in the high desert around Van Horn, Texas and in southeastern New Mexico less than 30 miles from El Paso. He is known as "Bill" in his early years, and did not pickup the nickname of "Dusty" until he attended Texas A&M College. He graduated in 1955 and entered the Navy where he became a carrier pilot, flying the Skyraider. Here is an excerpt of those years.

"The planes we trained on were WWII trainers. The SNJ Texan was a good trainer. It was single engine, range of 200-300 miles, easy. We always stayed at 10,000 - 11,000 feet. You could fly open cockpit or closed cockpit, it didn't make a whole lot of difference.
The SNJs were two-seaters. The instructor sat behind you and you were in front. I look back and think about that. I had all these people tell me all this aspiration to be a naval aviator....oh wow! I never dreamed it was a challenge, or I was lucky or I was different from anybody else.I was just going to be a Navy pilot. I never dreamed of it being a challenge, or a scary deal, or anything. I just wanted to fly...I have to go do this, then I can go fly....I wanted to fly off of carriers. I didn't have the high, huge wall barrier or obstacle to overcome or great accomplishment to fulfill. It was like you go eat breakfast....then you go eat lunch. So, it was more like a stepping stone I had to go through to go fly off carriers. I never dreamed it as a challenge or I'd never be a Navy pilot. And they washed out to the right and left.
Then I came to Corpus for three months of advanced training. I trained on fleet aircraft in Corpus--the AD Skyraider (heavily armored, piston-powered, propeller-driven attack aircraft). You weren't on any set schedule. You drew to fly and some got our quick and others had to retake flights and take longer. Then if cloudy on a prime flight day you might not fly. Every one advanced at different paces."
Dusty completed advanced flying training, married, and was assigned to North Island (California) and eventually to the USS Ranger. The Space Race between the United States and the Soviet Union began in 1957. The USSR fired the first Intercontinental ballistic missile in August, ’57, capable of hitting American cities from launch sites in Russia and prompting a fierce American reaction in increased funding for weapons and science. The Soviets shocked America again by putting the first artificial satellite (Sputnik 1) into space on October 4, 1957, just a month after Dusty and Shirley were married. The first animal in orbit was launched in November as the USSR fired Sputnik 2 into orbit.
The Strategic Air Command put part of its nuclear armed B-52 fleet airborne 24-hrs a day in reaction to a possible Soviet attack.  The USA’s first attempt to put a satellite into orbit failed as a Vanguard rocket exploded on the launch pad on December 6th. Americans were shocked. The failure was quickly followed by success as the first U.S. satellite (Explorer 1) was put into orbit January 31, 1958.
The Navy had converted four heavy cruisers and four submarines into the capability to launch Regulus missiles, 42-foot jet-assisted projectiles with nuclear warheads. All the subs and three of the cruisers were moved to the Pacific in late 1958 and began deterrent patrols threatening the Soviet Far East just as Lt.(j.g.) Dusty Durrill prepared to board the USS Ranger.  Three successful launches of scientific satellites by the USA quickly followed – the first communications satellite in December 1958, the first weather satellite in February 1959, and the first reconnaissance satellite that June.
The year 1959 began with Fidel Castro, a communist leaning revolutionary, taking power in Cuba on January 1st. The USS Ranger sailed out of Alameda, California on January 3rd, the same day that Alaska was admitted to the Union as our 49th state. Nineteen days later on Dusty’s 25th birthday, January 22, 1959, the Adolph Coors Company of Golden, Colorado, introduced the seamless, recyclable aluminum beer can to America. Not only was that can quickly adopted throughout the industry, perhaps it was a harbinger of the future relationship between Dusty Durrill and the beer industry.
The Ranger stayed at sea until July 28th when she returned to dock in San Francisco. While on this Western Pacific Cruise she made port calls in Hawaii, Yokosuka, Buckner Bay, Sasebo, Manila, Subic Bay, Hong Kong, and Kobe. There were extensive air operations off Okinawa and maneuvers with SEATO naval units out of Subic Bay. During this deployment the Ranger launched over 7,000 sorties in support of 7th Fleet operations.
The USS Ranger was one of four Forrestal-class super carriers and was commissioned in 1957. It had four aircraft elevators and carried about 85 aircraft. There were four catapults. Ship’s crew numbered 2700 and Air Wing crew were 2480, for over 5100 on board. The ship was capable of over 30 knots per hour. She was the first ship in the world to be laid down as an angled-deck ship (1954) although the Forrestal and Saratoga were converted to angle-decks while under construction. Her homeport was Alameda, California. She served extensively in the Pacific, especially during the Vietnam War for which she earned 13 battle stars. The Ranger was a Hollywood star, appearing in the movies Top Gun, Star Trek IV, The Final Countdown, and Flight of the Intruder. She was decommissioned in 1993.

The Durrill family hired me to interview Dusty, research and capture his biography. Here's what Dusty and his son Bill said about my work when I was about a fourth through the tale:

"My son Bill is having some research done on the family background...the man he is using is Les Coalson and he has amazed me."  Dusty Durrill, May 23, 2011.

Comments after the final draft was submitted:

"I have come around to reading your writing and I must compliment you on your work. It brings tears to my eyes how you caught the moment and emotions. I have to take it in pieces but I wanted to reach out to you and compliment and thank you for coming into our lives."  Bill Durrill, Feb 2, 2012

"I have been working on the manuscript & am about finished...I cannot conceive how you managed to get so much information....I am totally impressed ...."  Dusty Durrill, Mar 29, 2012

"Let the Good Times Roll" is an autobiography by Willard Hammonds. I helped him arrange and edit these memoirs between June and August, 2012. Here's what he had to say about my work: "...working with you has been a pleasure and exactly what I need..." 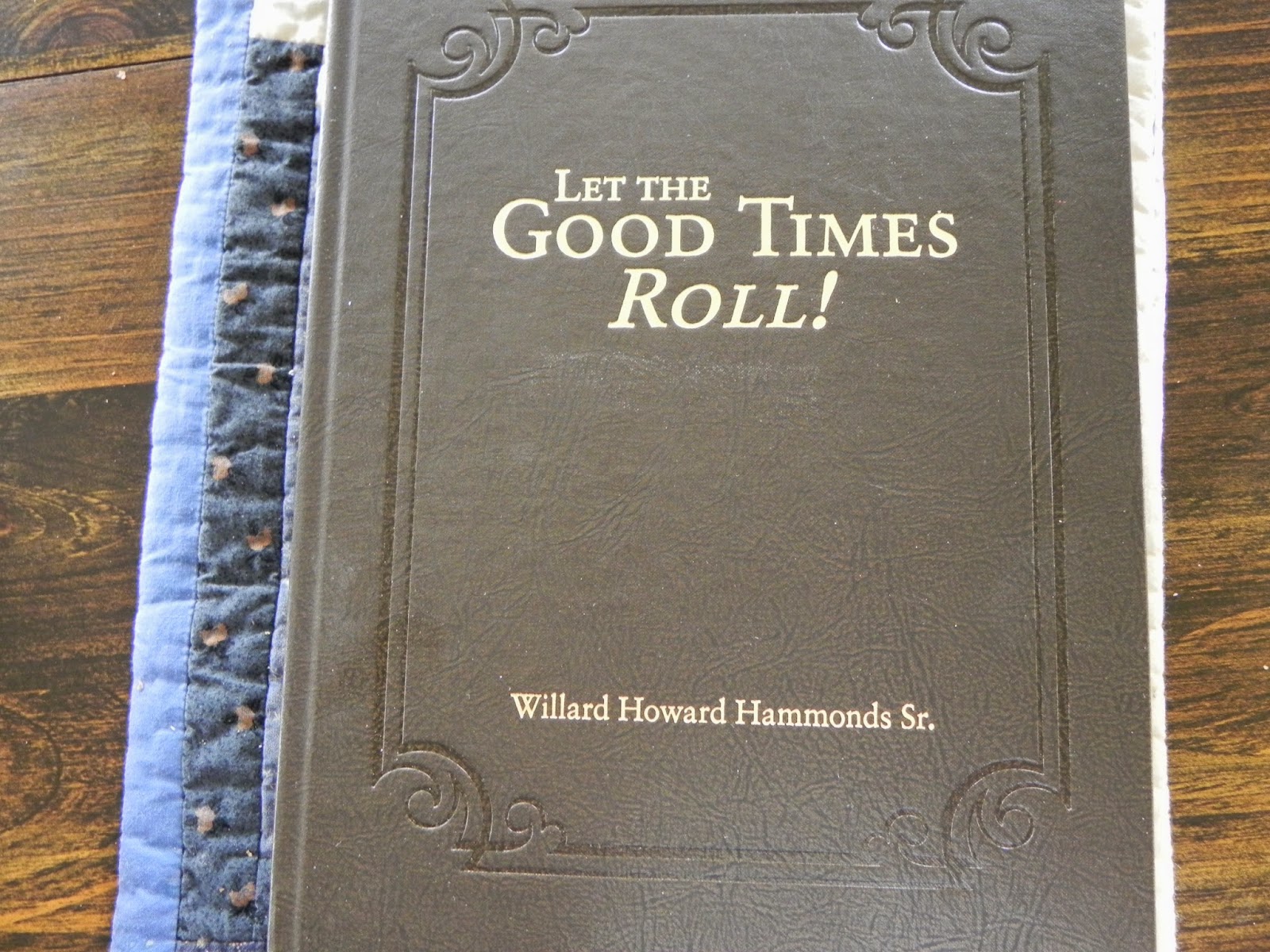 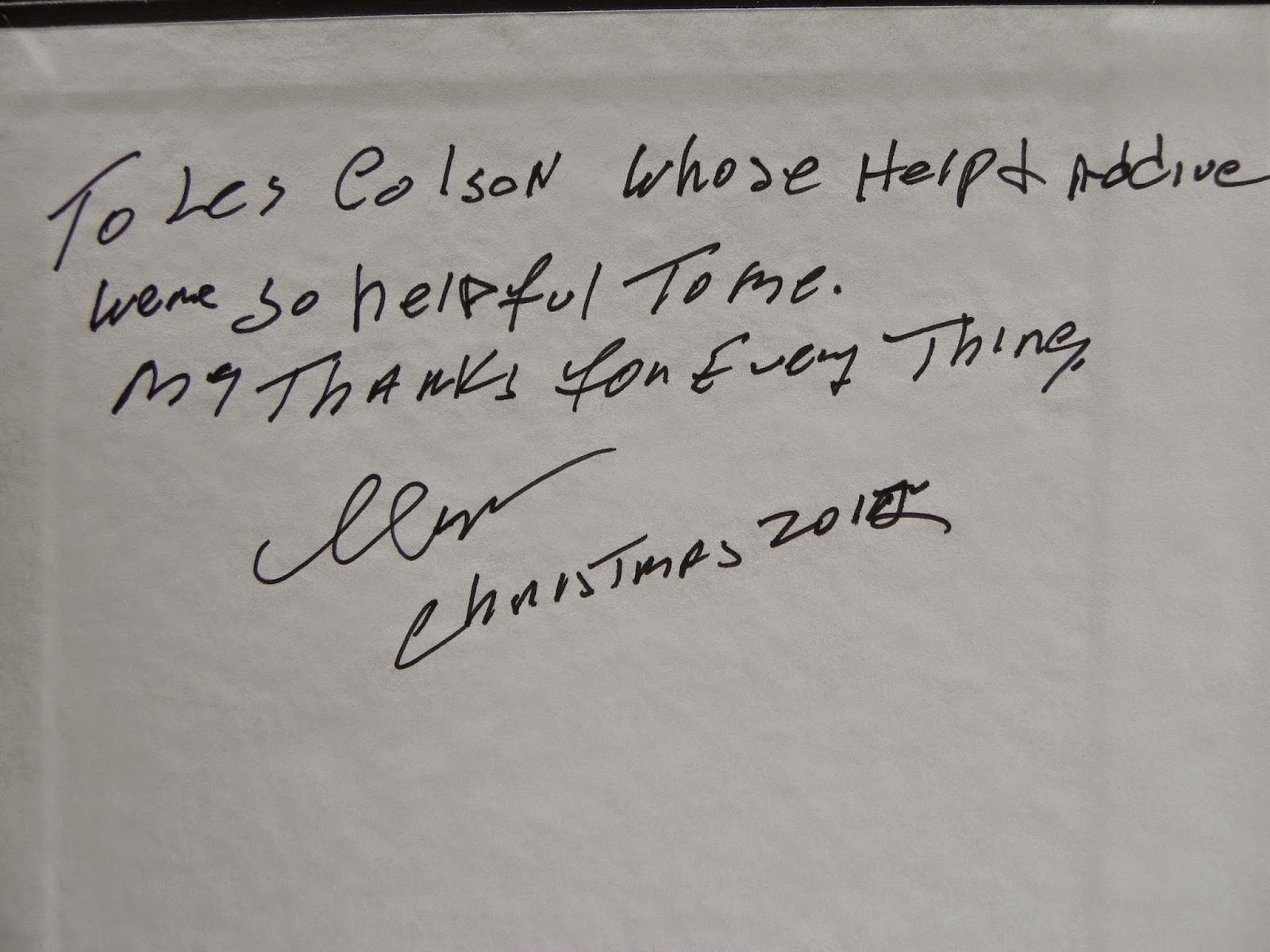 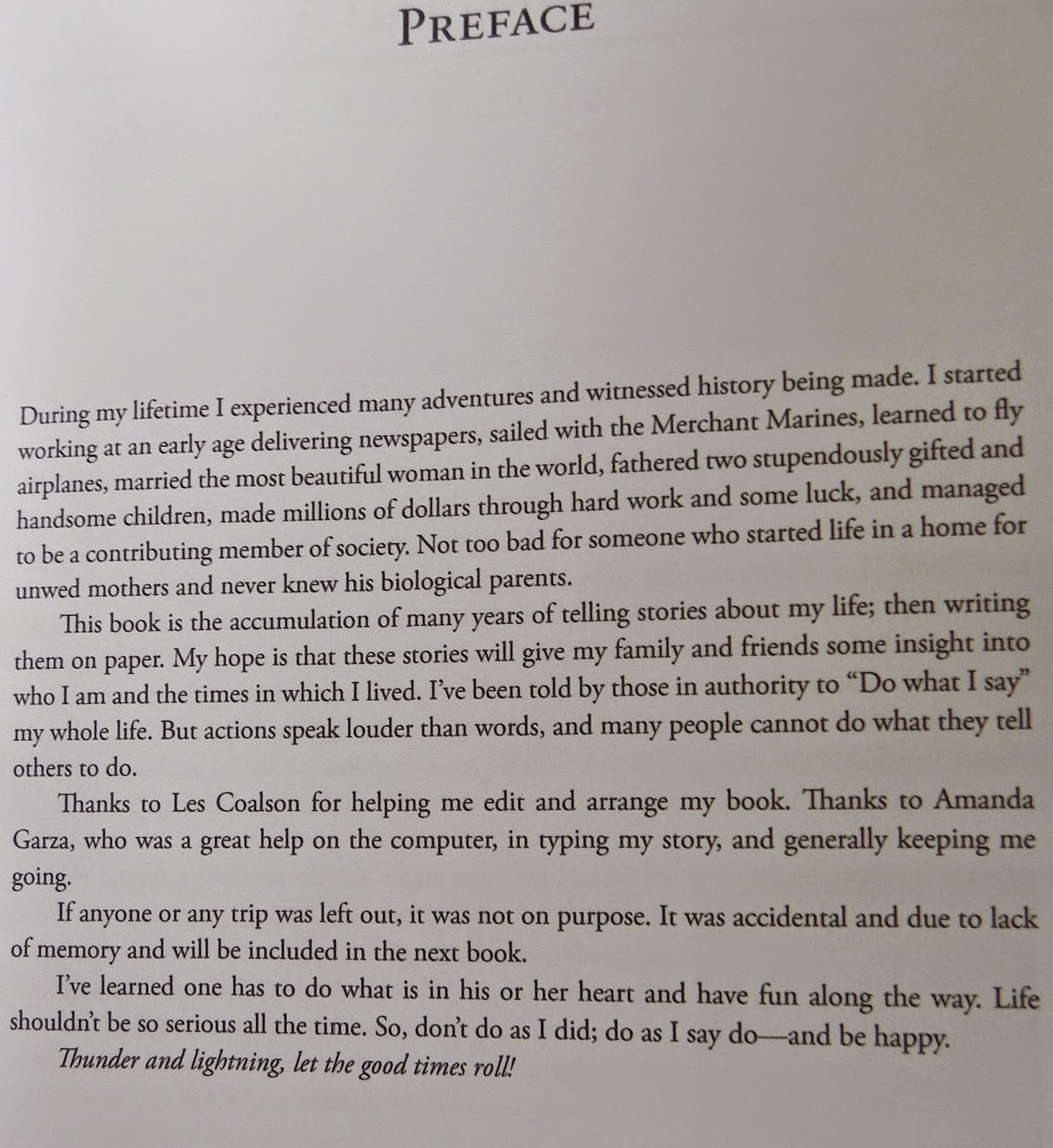